Recurrent pregnancy loss (RPL), recurrent miscarriage, (RM) and threatened miscarriage (TM) are heartbreaking, emotionally exhausting, and physically traumatic. During my 17 years as an acupuncturist and RN specializing in fertility, I have treated many women who have suffered these types of pregnancy losses. I have also had the profound honor of helping many women through such unfortunate losses to then give birth to a happy, healthy little one.

Some known causes of recurrent miscarriage (RM) and recurrent pregnancy loss (RPL) include: 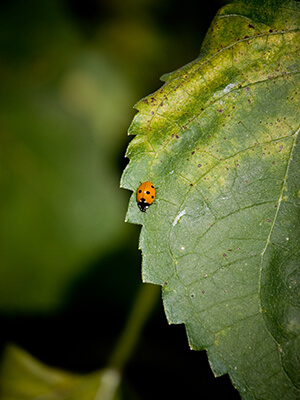 When miscarriage is threatened (TM), women may have symptoms such as varying amounts of bleeding, cramping, and low back pain. Every woman who has these symptoms wants to do as much as possible to avoid a miscarriage. Medical management can include monitoring with ultrasounds as well as blood draws to track the Beta HCG levels in the blood stream. Even with this ideal approach, being aboard the “wait-and-see” or “try-not-to-worry” train is a lonely, nerve-wracking ride for any woman who is currently pregnant and has experienced prior miscarriages.

Good news at this point can be very welcome. For the past 2,500-3,000 years, Chinese medicine has provided acupuncture treatments specifically for women’s health and obstetric problems, including patterns of pregnancy loss.

A small study in Australia conducted by noted researchers Debra Betts, Caroline A. Smith and Hannah G. Dahlen found that women who had acupuncture during periods of threatened miscarriage experienced the following:

“Acupuncture was a treatment viewed as acceptable for referral by health practitioners and considered by women to provide useful emotional support and relief from physical and emotional symptoms related to threatened miscarriage.”2

What is important to know about genetics, miscarriage and acupuncture?

We do know that approximately 50% of miscarriages are due to chromosome problems of the fetus. Causes for the remaining 50% are unknown.2 However, there is a growing body of medical knowledge concerning the impact of women’s genetic issues on pregnancy and carrying to term.

Many women have discovered that they carry genes which can increase their risk of miscarriage. Most of these genetic differences cause blood clotting problems. Blood-clotting abnormalities, also known as “thromobophilic disorders,” can cause the following fertility issues:

The following are some of the most frequently seen genetic findings in women with IVF failures:

Additionally, acupuncture has a profoundly calming effect on the mind and spirit. When you feel better and calmer, this can reduce stress hormones.3,4

If you have faced repeated pregnancy losses and/or unsuccessful IVF cycles, working with an experienced and trusted medical team is a must. To assure effective evaluation and genetic testing, this team should consist of a gynecologist, a reproductive endocrinologist and a genetic counselor. Women may not routinely consider having an acupuncturist who works with fertility issues on their team but doing so can make a huge and successful difference. 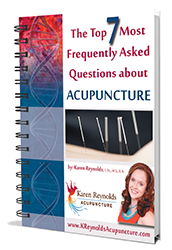